Our Thinking
My career path to Senior Test Engineer
How I got here, and why I find working at Kainos as a Test Engineer so rewarding. 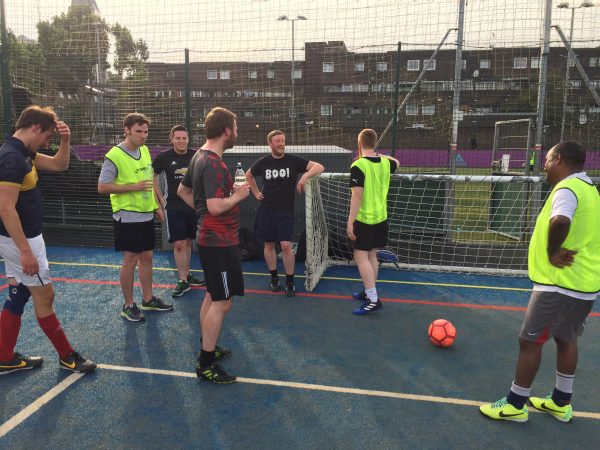 I’m Patrick Fox and I’m Senior Test Engineer at Kainos. I work on government projects and am currently based in London. Are you interested in pursuing a career in Software Testing? Read on for more on why I have found my career in Kainos as a Test Engineer so rewarding.

I have a degree in Software Engineering, and when I graduated I worked for a few years in the field of Quality Assurance Testing for a number of big companies in the private sector.

I started off my career with the goal of becoming a Software Developer, however for my placement year I was positioned into a software testing role (not by own choice I must add!) but by random allocation and I ended up loving it. I got to play around all day trying to break stuff, what wasn’t to like! This made me aware of the importance of writing good code and thinking outside of the box to ensure the product is fit for, not only the user needs and requirements, but also that it stands up to all other factors such as security exploits, DOS attacks, high traffic throughput and accessibility needs.

Since then I have always been keen to progress my career in the field of software testing and to continuously improve my knowledge and skillset in order to keep ahead of the constant changing technology and demands. That’s one of the best things about working in testing – things are always evolving and it’s never dull.

How I got here

When I joined Kainos in July 2016 as an Automated Test Engineer, I had limited experience of working in an Agile environment using an automated CI pipeline and I hadn’t written Java in over ten years. On my second day in Kainos, I was placed into the API/DB refactoring team as part of a DVSA MOT project. I was a bit outside my comfort zone, as I was now tasked with writing Java tests and using a Jenkins multibranch pipeline. Right away the team were great at supporting me and I soon picked up the required skills to carry out the role effectively. I made use of the online training documentation provided by Kainos to further upskill my Java knowledge and other areas of testing. By working alongside other testers on the project, this helped develop my QA mindset to better align with the Kainos way of working, and also help enforce best practices. Being a really big car fan I really enjoyed working on the MOT project for DVSA as I got to work with a system I had a vested interest in and something which was relevant to my hobbies.

I was promoted at the end of April 2017 to Senior QA Engineer, and I moved onto a new project in London for another Government Department on a high profile project. Kainos supported me on this journey by putting me through the relevant security clearances which was required due to the sensitivity of the data we would be working with and also providing an apartment in Central London, which really helped me settle in more quickly as I had a place to keep my own stuff and cook my own food. Bearing in mind the fact I now spend more days on site than at home, this is a nice benefit to have and makes working in a remote location more enjoyable.

I was tasked with helping recruitment procure more testers for the project which was a great chance for me to build up experience in interviewing, and researching what tools and skills other testers were using in their roles. I am now leading the performance testing effort for the project which is a challenge that I enjoy.

What I love about working at Kainos

Working at Kainos, I get to work with some really great people, both technically and also on a personal level. The team camaraderie and morale is excellent regardless of setbacks or unexpected events. Working closely in sprint with developers and other team members from various disciplines gives me a chance to ensure quality at all stages of the project, not just before a release is ready or when development throw it over the wall to the ‘test team’.

There is a good sense of reward and satisfaction when you know that you have prevented potential user experience issues or client problems from ever reaching production. I work on the client site every week and get to showcase our work to the Product Owner and the other teams once we are release ready. There are some challenges, as to be expected with all roles, such as having to upskill to use new tools, technologies and ways of working which can be daunting at first but there is always good support provided and time allocated to allow for this which makes it that bit easier.

There have been a lot of highlights for me along the way, my promotion being one of them. Other things I’ve been proud of along the way include refactoring the existing automation suite on my client’s project, reducing the time taken to run from close to two hours down to 30 minutes, without losing any test coverage. This saves the project a large amount of time and money as these scripts are executed numerous times every day and the teams cannot promote features to production without first getting a green build.

I started up a five-a-side football group in London which we play every week depending on availability – the team is composed of Kainos employees from various projects in London. There is a good sense of team spirit and it is a great way to meet other people and keep active which sometimes can be hard to do when you are travelling and on customer site a lot.

For me, part of what keeps my job so interesting is that I get to work in an Agile environment with some really cool technologies. I’ve worked with Java 8, NodeJS, MongoDB, GIT, AWS, Cucumber, Selenium, Jenkins, JMeter, BURP suite, and much more. A lot of the tools we get to use are modern open source and sometimes version 0.x. Some of the code we write is hosted on Github so we get to contribute to online open source communities.

Kainos undertake projects for various clients using leading technologies which was really appealing for me as it provides an opportunity for continuous learning and improvement as well as avoiding getting locked down to a single in-house project which could potentially stagnate your career path in the long term. Kainos has a reputation for their skills training and career progression which is also something important to me, in the words of Richard Branson “Train people well enough so they can leave, treat them well enough so they don’t want to.”

Does this sound like you? Find out more about working in Testing at Kainos. 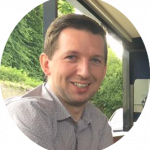 About Patrick Fox
Patrick is a highly experienced test automation engineer with a history of working in the information technology and services industry. He joined Kainos in 2016.
View all posts by Patrick Fox