EuroSTAR is probably the biggest testing event in Europe. The conference takes place every year, for over 20 years now, every year in a different host city. This year the 22nd EuroSTAR Conference was taking place in Dublin (on the 24th to 27th November) and the keynotes for the conference were diversity, innovation and leadership.

It was easy to notice something is going on around as the city was just crowded with the conference attendees – easy to recognize, as they were all wearing the EuroSTAR branded shoulder bags, a part of the conference welcome pack for every attendee.

This year I had a pleasure to be one of the four Kainos delegates sent to the conference. What you will find beneath is a brief overview of some of the conference speeches I had a chance to attend, along with some key conclusions and lessons learnt.

The Internet of Things

The lecture was on the devices and little things surrounding us in our everyday life and the connections and networks those devices create and being connected by to communicate and cooperate – the internet of things.

Be it a mouse trap able to send you a text message just to let you know another poor mouse has just said goodbye to this world so it’s time to re-set the trap again, a ferry tweeting you when it arrives at or leave the ferry ports or an intelligent house able to save you some money on the energy. All those things make people’s life easier, but at the same time they make testers’ life much more difficult.

The new way of using things and an easiness and the ability of connecting them into the internets of things bring a lot of new challenges for testers and for testing as it is. We need to stay aware and to get prepared for the changes and the new challenges coming if we want our testing to stay efficient and relevant.

Adopting automation to the available workforce

Having dedicated test automation resources in each team isn’t always possible, but the test automation tasks still need to be delivered.  This is especially important for Agile projects (but not limited to). If you want to keep your manual regression suite size on the acceptable and what’s more important, reasonable level, the test automation is a must for your project. The only problem is your testers will not always be able to provide the automated tests.

One of the ideas on how to tackle the problem of delivering the automated tests with the limited resources is to split the workload into an appropriate way, so each piece of work is handled by people with the best available skillset.

Assuming the framework is properly written (using the Domain Specific Language approach and exposing the problem domain rather than the implementation domain) and that the Testers are given some time to learn, it should be relatively easy for them to switch from the manual testing into the automated one. There are a few characteristic the framework need to have to make it possible (like simplicity, consistency and intuitiveness), but that’s something achievable.

Such an approach brings two key benefits: it soften the learning curve for QAs (who often come from the manual testing background), it is also an invaluable aid in cross-skilling of the team, giving the Devs an insight into the testers’ work and the craft of testing. Each of the team members can focus on what they do best and still your automated tests are being delivered.

It’s not always possible to get the team full of test automation experts, but adopting and using the resources you have available, you can still be successful delivering the automated tests for your project.

The introduction of HTML5 was a great gift for developers. It brought a lot of new possibilities and significantly enriched the final look of web apps. It gave an ability of creation of powerful web applications, reduced the need for external plugins and also took on-line a number of traditionally off-line applications, bringing the desktop feeling to the web.

Introduction of the HTML5 doesn’t really change much when we consider manual testing, but when it comes to the automated testing and Selenium in particular, there is a number of new challenges to face and a number of new UI controls to handle.

Here are some of the new controls introduced with HTML5

When the Change Programme goes wrong

There is no such a thing as being stagnant in business. The existing processes need to be reviewed constantly, decisions need to be questioned, and opinions need to be shared. We’re living in the era of change – “if you’re not moving forward, you’re going backwards”.

Diversity as a drive factor for an innovative leadership

Imagine you are the Test Team Leader at the organisation that does not care much about testing. They have hired you so testing is now your problem and your responsibility. What’s even worse, there is pretty much no communication between the business and the testing team. You are the test lead, so you’re expected to know the job.

How to make testing effective, important and appreciated again under such limiting and challenging circumstances? What about the team? How to make them motivated and what’s even more important, how to make them like their job again?

Here are some tips that could do the trick in the situation described above:

Traps to avoid in Agile testing

Many teams fail on their first attempt, when moving to Agile. Usually, there are many reasons behind the failure, but very often the reasons are related to testing. Below you will find a list of typical Agile testing traps and some tips on how to avoid them.

Trap #1 – Waiting for the builds

Trap #2 – Testers aren’t considered a part of the team

Trap #4 – Trying to test everything manually

The conference was not only about the knowledge sharing, but also about the networking (we met a lot of interesting people there) and entertainment ;). The attendees were given an opportunity to visit a Trinity College, have a dinner at the Croke Stadium (the 3rd biggest stadium in Europe that hosts Gaelic Football and Harling games) attending the EuroSTAR Awards event or to explore the Guinness Storehouse (not to mention the pub crawl through the most famous and well known Dublin pubs). It was really a fantastic and exciting time we spent in Dublin. There were also a number of lessons we learnt there. 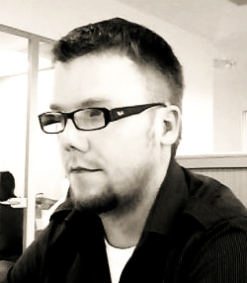