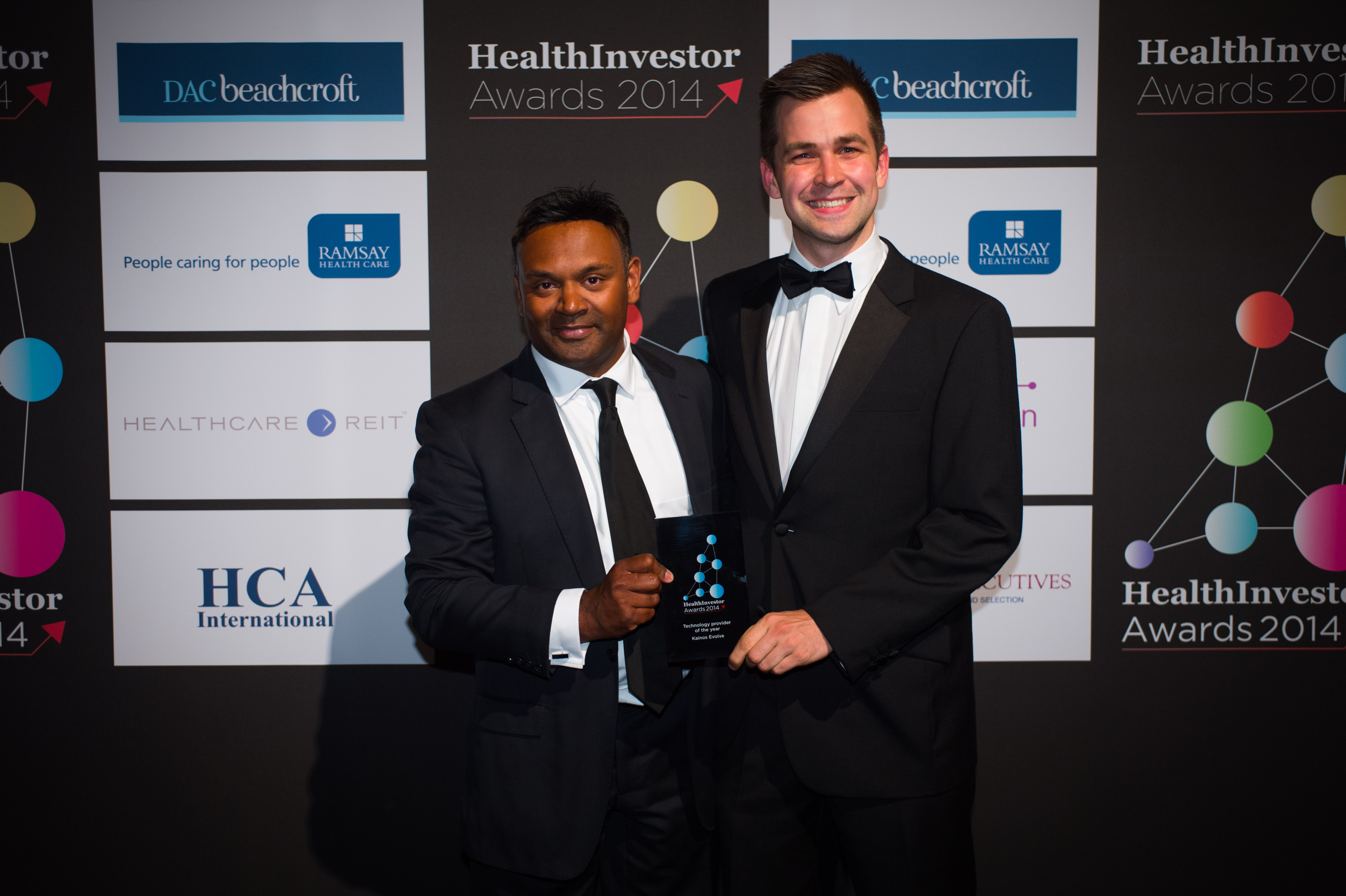 London, June 27th, 2014 – Digital technology solutions company Kainos has been crowned Technology Provider of the Year in the HealthInvestor Awards 2014, thanks to the continued success of its flagship electronic medical records (EMR) platform, Evolve® EMR.

The Awards recognise achievements in the independent healthcare sector. This year, Kainos beat strong competition from Capita, Medvivo, and Cancer Partners amongst others to scoop the hotly contested Technology Provider of the Year trophy.

2013 was a bumper year for Kainos Evolve, whose healthcare revenues soared following 8 sales to new customers in the Acute and Community sectors. Rollout of Evolve to existing customers continued apace, and flagship hospitals such as Chelsea and Westminster NHS Trust and Lancashire Teaching Hospitals NHS Foundation Trust are now using the solution for day to day operation.

The judging panel was particularly impressed by the Kainos team’s work at Buckinghamshire Healthcare NHS Trust, which has chosen to use Evolve as the foundation of its strategy to achieve paperless working over the next five years. A rapid pilot study allowed staff at Bucks to evaluate Evolve and paved the way for deployment to over 4,000 clinical staff in just four months.

Commenting on the award win, Nigel Hutchinson, Head of Evolve at Kainos, said, “We are over the moon that our recent achievements have been recognised with this prestigious award. Our customers typically have high ambitions for their digital medical record initiatives, and the Kainos Evolve team is playing a key role in helping them realise these.”

Evolve EMR is a healthcare content management solution that automates the creation, capture and handling of medical case notes and operational documents and records. It was designed, and continues to be developed collaboratively, with NHS clinicians. Today it is used in more than 70 hospitals in the UK, accelerating the NHS ambition to become paperless by 2018.

The HealthInvestor Awards, decided by a panel of 21 independent judges from across the health sector, were presented by The Times columnist Matthew Parris at a ceremony in London on June 11th. The event was attended by 1,300 of the independent health sector’s leading figures.