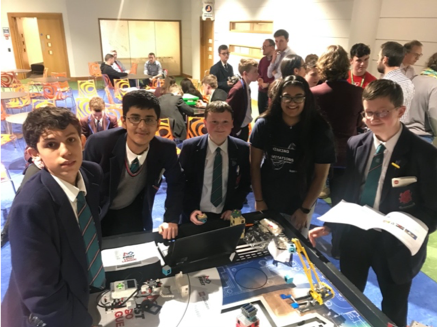 In 2019, Kainos asked me to take part in the FIRST LEGO League Challenge, as a mentor, partnering up with Wellington College Belfast. Working with Mr O’Hare, we formed “Team Wellington” mentoring 5 brilliant students. Read on for a rundown of what we did and why taking part is so important both for Kainos, and for the students.

If you’re not familiar with the FIRST LEGO League Challenge, contrary to popular belief, it was not just an opportunity to play with lego for three months! FIRST LEGO League is a worldwide competition that runs in 98 countries with over 320,000+ participates, that encourages Key Stage 2 and 3 pupils to research and prepare for an Innovation Project presentation on a real-world topic related to STEM. This year’s theme for the Innovation Project was “City Shapers”, designed to inspire curiosity around architecture and STEM. Not only did they have this presentation to prepare for, but they also had to design and program a Lego Mindstorm Robot to complete a series of challenging tasks within 2.5 minutes.

Over the 3 months, I visited the team once a week after school, giving guidance and pointing the students in the right direction. Having 5 in the team was perfect for organising, with Bradley taking on the project manager role, he was able to delegate out tasks efficiently given the short timeframe. There were 4 main tasks where the team was scored during the competition; Robot Game, Core Values, Innovation Project & Robot Design. All of which were worth 25% each. As each task was equally weighted and with a short amount of time, I encouraged the team to run a “Stand up” at the start of every session, where they went through what had been completed since the last session, what they were hoping to achieve in this session and if they needed any help or had any blockers.

Going through 6 iterations of Robot design, the final design allowed for complex manoeuvres to be done using gyroscopic sensors. The Robot game consisted of 13 missions, all weighted differently, where the students could pick and choose which missions they wanted to do.

The Innovation project was a very interesting task, the team came up with a problem identifying derelict buildings in Belfast as an eyesore and homelessness as a social problem. Their proposed solution was to re-purpose empty and derelict buildings to provide:

The competition day was Wednesday 4th December held at W5. Kicking off with a welcome presentation where we were told what to expect from the day. Each team got a 5-10 minute slot for their Innovation Project Presentation, Core Values, and Robot Design. The teams were given 3 attempts at the Robot Game. It was great to see all the presentations and how each team had different approaches to each task.

I was genuinely impressed by the team’s commitment to the competition, we even came 5th overall, well done Team Wellington! 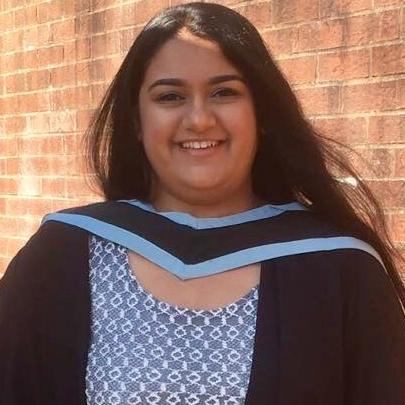