The 1960s was a revolutionary period in home entertainment. Television sets proliferated in households and the transistor radio (a relatively new technology) was deemed redundant. The television superseded the radio as the focal point for family entertainment and the longevity – or even the need – of the trusty transistor was questioned.

Consumers would cease to use them, it was alleged. Vendors would cease to manufacture them and it would become impossible to fix them. Television was a game changer. Radio was dead. Video killed the radio star.

Fast-forward to 2012 and radios are everywhere – in homes, offices, cars, buses, computers. What is obvious, in retrospect, is that radio simply found its niche. It’s no longer the centre of domestic entertainment, of course, but radio has certainly not disappeared. And the skills required to operate, maintain and manufacture are still in demand.

As we embark on the latest evolutionary period in the IT industry, I predict that what we now describe as ‘traditional’ computing (outright ownership; locally provisioned; single instance) will be the radio to cloud computing’s (metered service, remotely provisioned, single tenant) television.

So how will this pan out? Right now, the strategic focus of corporate computing is shifting away from the traditional computing model towards a cloud computing model driven by the increasing abstraction and encapsulation guaranteed by cloud services. This is forcing an evident evolution of skillsets and roles in the corporate IT department. Check out ‘The Evolving Role of IT in a Cloud Filled Future’ whitepaper for further reading.

At an infrastructure level, enterprise administrators and virtualisation specialists are evolving to become data centre operators, and teams are focusing less on scoping and building servers and more on maximising utilisation and agility through tools like Puppet and RightScale. Platform-level application developers are stepping away from the traditional server-deployment models (application server, database server) and server-side state management; and adapting to horizontally scalable application roles (front end, back end, scheduler), client-side state management and auto-scaling and auto-failing constrained by business costs, not technical challenges. Software-level system administrators and maintainers are relinquishing hands-on duties to become application service managers, with SLA and vendor management a primary focus area.

This could make sobering reading for traditional infrastructure operators or legacy application developers, since it could be inferred that their skills will no longer be required. Fear not! Enterprises, particularly those with significant sunk costs and heterogeneous technologies, will not source their entire IT function through cloud services. Many systems (legacy applications, mainframes) which have been impervious to previous IT evolutions (client-server, web-based) will continue to operate as traditional computing models, albeit marginalised, much like our reliable radios. The niche for traditional computing exists, just as the niche for radio exists – and although the need for traditional operations, development and database administration skills will reduce, they will not disappear.

Cloud computing will be seen to be more Darwinian (evolutionary) and less Napoleonic (revolutionary). Staff portfolios will not be rebuilt from the ground up. Corporate IT departments will re-balance job roles and skills; and while cloud experts will certainly emerge, they will co-exist with their ‘traditional’ IT counterparts. 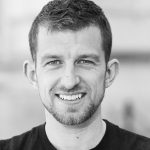 About Darragh McConville
I joined Kainos in 2005, spending several years as a Software Engineer developing and supporting Financial Services applications. Then, as a founding member of Kainos' Workday Practice I was responsible for leading the delivery of integration functionality between SaaS and on-site systems. I've spent time as a Product Architect and Product Owner and I was the founder of our Data &amp; Analytics capability in 2014. Currently, I'm responsible for leading engineering teams that build contemporary data processing solutions. I enjoy working with talented people and I thrive on the challenges that Kainos provides. When I'm not on-the-job, I'm usually up a mountain or in a squash court. Game anyone?
View all posts by Darragh McConville