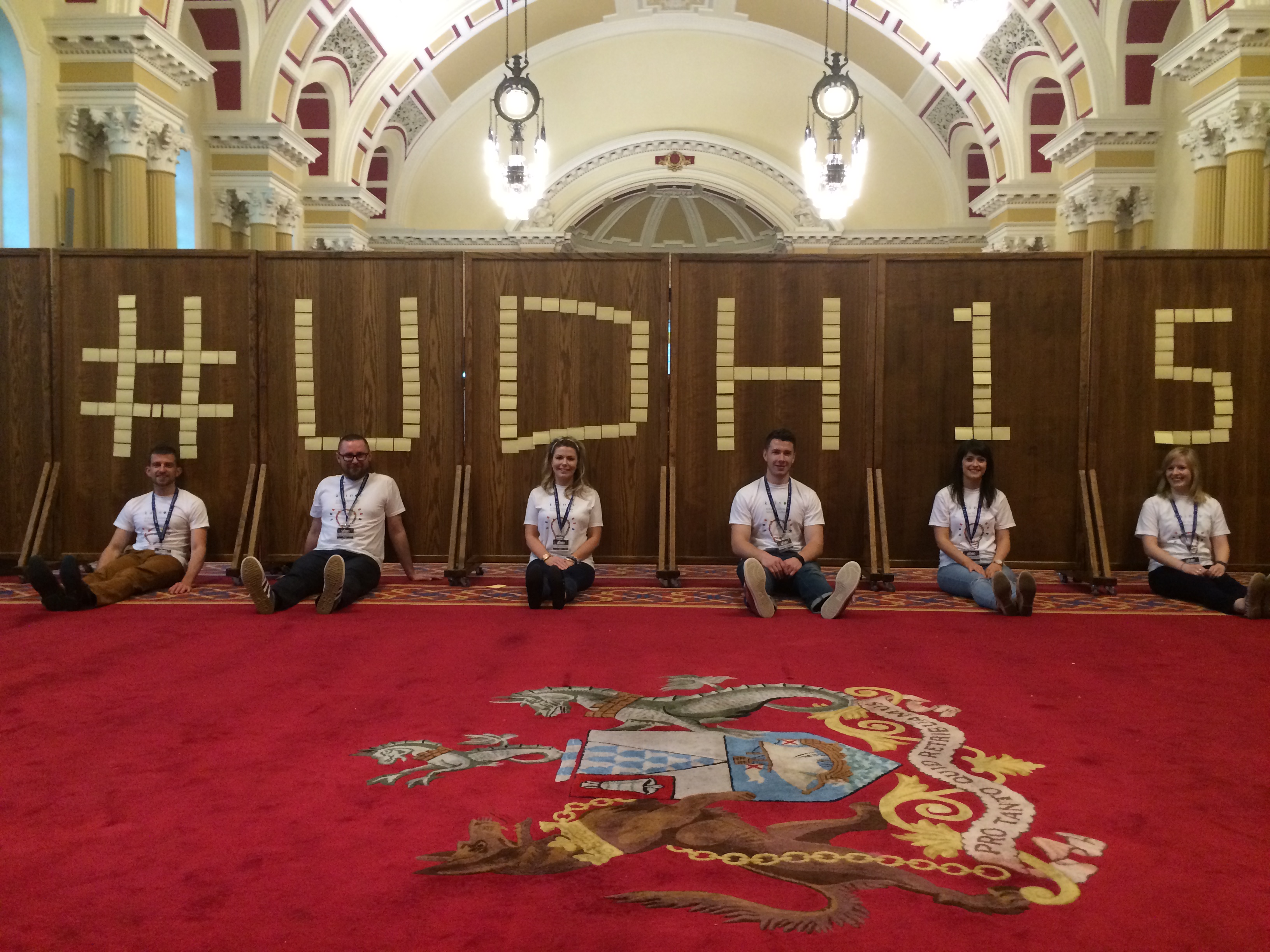 The Urban Data Hack was different from any hackathon Kainos has run in the past. The challenge with this hackathon was the fact that we wanted it to be completely data-focused, and for this to be the case, we needed some interesting data!

So we teamed up with Belfast City Council, who were really enthusiastic about using their data to “Make Belfast Better”. This became the tagline of the Urban Data Hack, with challenges on increasing recycling, making council spend more intelligent and increasing the level of tourism activity across the city. Working with Belfast City Council meant we could use real data to tackle real Belfast problems, and also meant we could secure the amazing venue of the Great Hall in Belfast City Hall.

Saturday morning started the way all good Saturdays do – with bacon rolls! We registered 43 attendees, all eager to get using data to Make Belfast Better. The hackers were given an official welcome by our own Darragh McConville, followed by short pitches from problem owners within Belfast City Council – Tim Walker (Head of Waste Management, BCC) and Lisa Toland (Head of Economic Initiatives and International Development, BCC). Tim and Lisa were able to describe first-hand how the Council and citizens of Belfast could benefit from making greater use of the data they are collecting, and inspired the teams with some particular use cases they felt were important.

After an opportunity to quiz Tim and Lisa further on the data they provided and what they would most like to see done with it, the participants started hacking in earnest. I’ve never seen such intense concentration, with the hackers barely stopping to take advantage of the copious amounts of food and drinks available for them.

As the day and then night progressed the teams continued to work hard, with the odd break for a game of hangman. We managed to keep ourselves busy, by showing off our creative sides as shown in the picture to the right!

The Urban Data Hack was definitely a test of stamina, not just for the teams, but for the Kainos staff as well. Sleep was limited, although there were some imaginative attempts made to create “beds”.

Lack of sleep aside, all teams were alert and ready to present at noon on Sunday, fuelled by Red Bull and even more bacon rolls. For our judging panel, we called in the experts. Lisa Toland returned to represent Belfast City Council, along with Ben Greene (CTO – Analytics Engines), Tim Brundle (Director of Research and Innovation – UU), Kyle Gawley (CEO – Get Invited) and Suzanne McLaughlin (Open Data Programme Manager – DFP). Having such a multi-faceted panel ensured that the solutions were judged in terms of innovativeness, technological skill, sustainability and use of data, as well as potential impact to the Council and the people of Belfast.

Teams were given five minutes to pitch their idea and detail the work they had done, which was followed by five minutes of tough questioning from our panel. Each team was hugely impressive in their ability to outline their ideas, and explain how they could save the Council money, save the public money and improve the lives of people of Belfast with sustainable solutions.

Some particularly innovative ideas included analysis of waste management data to identify those least likely to recycle, examination of all vacant units in the city and how filling these could boost the economy, and a pre-book parking application to encourage more visitors into the city.

And The Winner Is…..

Our judges deliberated, and a winning team was announced – Redivi. This team of four had focused on the recycling data, using the latitude and longitude of the bins to divide the city into sections who could compete to have the highest level of recycling. They suggest that this gamification of recycling would encourage people to make more of an effort, as they want their area to be ranked highly. The team also made use of the Twitter API to post regular updates on the levels of recycling in particular areas of the city.

All reports from attendees, staff, judges and Belfast City Council confirm that the Urban Data Hack was a huge success, and we have already been asked when the next Kainos data hackathon will be held. Events like this help illustrate the amount of talented and enthusiastic people in Belfast, as well as being great fun to part of. The impressive presentations show what can be achieved in just 24 hours, with the real-world problems, adequate data and an innovative environment.

Now, time to start thinking about what our next data-adventure should be.