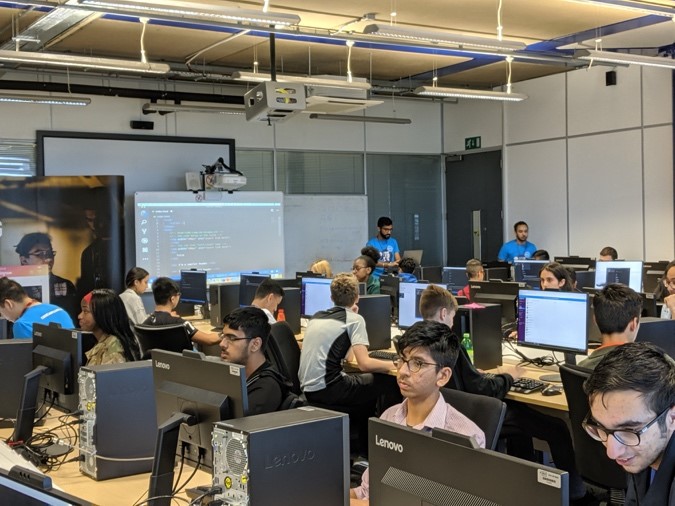 This summer saw Kainos host their first CodeCamp in Birmingham; a free two week camp aimed at encouraging 14-18 year old STEM students to kick-start their careers in technology. The camp hosted 40+ enthusiastic campers who travelled from not only Birmingham but also from distances as far as Bristol, Reading and Northern Ireland! As a female in the industry, it was a pleasure to see so many young females who wanted to get involved in tech.

During the first week of CodeCamp, the mentors taught the campers everything they needed to know about HTML and CSS so that they had all the knowledge they needed to create their own websites for a chance to win some top prizes from the fantastic prize pool (including an Oculus Go VR headset and a drone!). They also picked up other skills such as having consideration for website accessibility, website user experience and user interactions, using wireframes to plan their website design, creating chat-bot’s with Java and how to use tools to access a website’s quality.

Guest talks and breakout sessions were also organised throughout the two weeks to help equip our campers with knowledge in other areas such as data manipulation, soft skills and presentation skills with our slideshow karaoke activity, CVs, interviews & careers advice from our recruitment team, advice and tools for developers – just to new a few! The campers even got the chance to experience a VR headset playing the Beat Saber game and they got some real life hands-on experience of working as a tester, helping to test the NHS App developed by Kainos.

The second week saw the campers put their knowledge to the test as they spent it creating their individual websites. A science-fair style judging on the last day of the event helped short list the top 11 websites. The top 11 finalists then had to present in a Dragon’s Den style to a panel of skilled professional guest judges for their chance to win from the top prizes. Thank you to Greg Dash, Matt Doherty and Charles Luo for taking on such a difficult task of having judge the top 3 projects out of so many amazing ones!

We would like to congratulate our top 3 winners:
• 1st place – Christa Bridges – who won the overall CodeCamp with her ‘HTML Quiz Website’ which featured a chat-bot called Professor Web
• 2nd place – Nimmi Dhother – who developed ‘Recipieasy’, a website that allowed the user to select particular ingredients that they wanted to cook with, and then the website generated recipes with the selected ingredients for them
• 3rd place – Namita Gera – who developed a ‘Waterly’, a charity website for water which featured a donations page, games and a smart image gallery

The camp would not have been possible if Kainos wasn’t home to an amazing community of people who wanted to get involved in the event. The camp was organised and by mentors Pedro Mendonca, Ravinder Pal Singh and myself with additional mentoring aid throughout the two weeks from Rhys Barrett, Michael Martin and Don Le.

We also had many guest speakers including a visit from our Birmingham Location Lead Tonya McMorrow who kicked off the event, Kari Lawler who shared her experiences about leaving school to concentrate on her passion for AI, our work experience students Andreea Irimia, Dom Henjes, Ilinos Williams who shared their experience in industry and AI knowledge, from Varun Gill who shared his 7 point plan at excelling in interviews, Jake Young who gave an insight into the VR/AR space, Ralph Drewnowki who talked about the importance of UX/UI, Rohit Sakhuja who talked about web ops and finally from Dunk Chevis and Chris Sisk who introduced the NHS App project that Kainos has been working on.

We would also like to especially thank Daniel Doolan, Simon Handley and Ian McDonald from Birmingham City University’s Computing Department for letting us host the event using their facilities at Millenium Point, offering us computer and lecture rooms.

Overall the camp was a success, this was evident from campers coming to CodeCamp at the start of the 2 weeks with little or no experience in website development, to them developing an amazing end product by the end of the two weeks. Everyone that part-took in the event should be proud of themselves and hopefully they walked away inspired at getting into a career in IT. 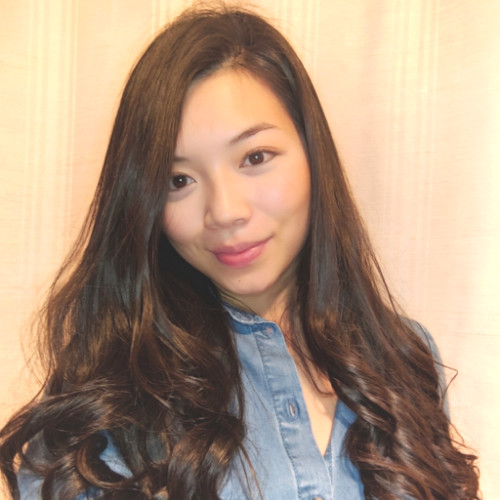