Have you ever been to a business and technology conference with sand dunes and salty air? Neither had I until I went along to this year’s Agile on the Beach with a couple of colleagues from the good ship Kainos. Now in its sixth year, Agile on the Beach is a pretty unique event in the conference calendar. Providing an opportunity to discuss knotty topics relating to Agile ways of working in the relaxed south Cornwall setting of Falmouth, it offers thought-provoking debate alongside rolling waves and swaying palm trees.

This year’s event set sail with an insightful keynote by Dr Linda Rising (@RisingLinda). Drawing parallels with medicine, Linda described how story telling has influenced practitioners as much (if not more so) than science, with medical approaches often persisting long after research findings disproving their worth. Highlighting the lack of any scientific evidence to support the adoption of the methodology, she suggested that Agile could in fact be a placebo. With that in mind, she encouraged the adoption of a scientific approach to its use; testing hypotheses, expecting to be wrong as much as we are right and using evidence as the basis for our decisions. An excellent challenge to get us launched.

Having cast off, we then drifted towards Jon Terry’s (@leanitjon) talk ‘Does This Fizzgood?’. Fizzgood it transpired is the pronunciation he gives to the acronym FSGD (standing for Frequent, Small, Good, Decoupled). Jon argued that frequent releases are the key to gaining quick feedback and early visibility of progress, providing the opportunity to re-prioritise work or stop if you discover that you’re done. He then explained that small is equally important as limiting work in progress has the effect of increasing productivity. (While this can sometimes be a challenge, root cause analysis can help). To be good, Jon advised that code should be tested, logged, documented and reviewed. Highlighting the need to avoid gold-plating, he stressed the importance of delivering a Minimum Viable Product (MVP) that can be tested with users. Finally, in relation to being de-coupled, he described the need to ensure that every new feature is robust in isolation, rather than dependent on others for success. Four sensible principles to improve velocity, predictability and agility.

With plenty to think about, we floated into the bright Cornish sunshine to enjoy a tasty street food lunch on the grassy banks of the Penryn Campus, where the conversations continued. Our temptation to remain was overcome by the opportunity to hear David Longman’s (@dlongman) talk about Keeping Distributed Agile Teams “Face to Face”. David outlined some of the key challenges around geographically dispersed teams, from different time zones to cultural factors. In response, he set out a number of practical measures that can be used to help, including the introduction of site-specific Deputy Product Owners, recording Sprint Reviews to enable others to watch later, adopting collaboration tools such as Skype and using online Kanban boards. He also advocated pair programming through screen sharing and at least quarterly meet-ups (not necessarily involving everyone at the same time) to help maintain communications. Helpful advice for anyone facing this particular barrier.

After a full first day, we retreated to our moorings before heading out (proudly dressed in Kainos-branded polo shirts, obviously!) to join the event’s social highlight – a party on Gyllyngvase Beach. This was a friendly and relaxed affair, with the unexpected accompaniment of a local sea shanty group adding some musicality to proceedings. The party continued into the night and there were still plenty of group conversations going strong, while marshmallows toasted over open fires, as this delegate raised anchor and retired to bed.

Much of my time on the second day was taken up with looking after the Kainos stand while preparing for my own talk ‘Being Agile: Business Survival Essentials’. While an Agile approach to software development can improve flexibility, on its own this isn’t enough. I outlined the ‘digital imperative’ for business transformation and described 7 steps that organisations need to take to survive in the digital age. Using examples from different industries, this included creating a stronger customer focus, making better use of data, building digital skills and developing an experimental culture. If you’re interested to know more, please get in touch @atomised2000.

Before we ran out of time, we did manage to navigate towards Darci Dutcher’s (@DarciD) session about ‘Running Killer Workshops (without killing yourself)’. Highlighting how demoralising and time-wasting bad workshops can be, Darci set out some great ideas for making them better. First, she outlined the importance of a good facilitator to support the discussion, then offered advice on managing participation through careful use of Post-it notes and simple voting to move topics along. Darci then encouraged us to tap into sources of inspiration such as www.tastycupcakes.org and www.drawtoast.com to make our workshops engaging. Finally, she reflected on the importance of body language and reading the mood of a group. In all, lots of really good tips on a subject rarely discussed.

With the wash-up talks done and the Kainos stand stowed away, my second day ended by joining the last social event of the conference; an evening boat trip along the Falmouth coast. Cruising along the shoreline with friendly banter as the sun dipped below the horizon, it’s easy to understand why this conference is popular. With plenty of ideas to take back and some great new connections in my network, it was a pleasure to be at the beach. 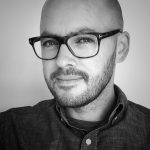 About Marc Heasman
Marc is a leader in digital transformation and has a strong background in public service strategy and delivery. Having led Agile development on one of the Government’s 25 exemplar digital programmes, he combines practical experience with academic study from the Academy of Digital Business Leaders. He joined Kainos in September 2015 and is currently supporting DVSA’s digital transformation of its MOT Testing Service.
View all posts by Marc Heasman