Our Thinking
Jack of All Trades, Scrum Master of None?
My experience with being a Software Developer & Scrum Master 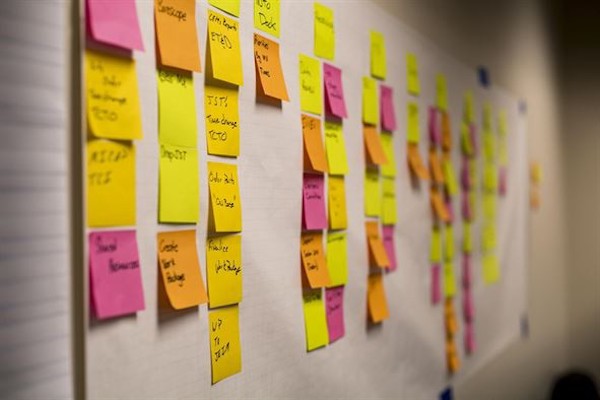 Before joining Kainos back in August 2016 I had very little Agile knowledge and zero real world experience of the process. The little I did know came from an Agile module I completed in the final year of my Software Engineering degree, and up until then the words “Scrum” and “Lean” had a very different meaning to me (although you can be sure that the word “Waterfall” had been thrown around a few times).

For my placement year I worked in a team that didn’t follow any particular process, apart from the fact that we released code every other Friday. There was no such thing as refinement sessions and tickets seemed to be pulled out of thin air and assigned to me on an ad hoc basis. I still shudder at the thought of me, a mere placement student, pushing my changes straight to master!

After completing the Trainee Development Programme, I was placed in one of the ‘Features’ teams within Smart, Kainos’ automated testing product, which is where I got my first taste of implementing Scrum in the real world. This is when I really started to see the benefits of Scrum, not only for the team but for the entire product. I became more interested in the role of Scrum Master, I read books like “Scrum Mastery” and “The Art of Doing Twice the Work in Half the Time” and I learnt a lot from our Scrum Master, Krzysztof. I would listen closely to what he had to say during sprint ceremonies and I was always impressed with the way he handled different situations and blockers, while adhering to the Scrum guidelines. I found that (most of the time) the software development process ran smoothly and there was an obvious high team morale.

I decided to raise the topic with my manager – that I had a desire to get some experience as a Scrum Master to see if I liked it or not. I was then given the opportunity to facilitate some ceremonies and I quickly found out that I really enjoyed it! I loved the feeling of being able to help the team and the satisfaction of making improvements to contribute to a successful increment. In August 2017 I was asked to move to the Smart Payroll team, with Krzysztof as our Scrum Master, and after a number of months he asked if I would like to take over the role for the Payroll team. I jumped at the opportunity and although initially it seemed daunting, I still had the support from Krzysztof and everyone else around me. But I was not prepared to give up my role as a Software Engineer. This then proposed a new challenge for me, to find the right balance between being a Developer while also being a Scrum Master.

Although some may argue that a Scrum Master should not be a member of the development team, I believe that if that individual has the right set of skills to perform both roles at a high level, they can be a real asset to any product. I have experienced many advantages of being in touch with the technical side of the Payroll module, but it has not come without some difficulties.

For me, Agile means being adaptive and open to change. Rather than having strict guidelines on what a Scrum Master can and can’t do, we are flexible and that is how we make it work for us. One of the major things that has contributed to my success with performing both of these roles is that I have a great team, most of whom were already fairly experienced and familiar with the product. I fully understand that if you are a Scrum Master who is working with a completely new team who may not know Scrum or may not know each other then it probably isn’t ideal for you to simultaneously be a Developer.

If you are considering taking a similar path to me you will find that it will take a number of weeks for you to get used to the change and you will need this time to work out how to divide up your time between both roles. And if like me, you are a Developer who is taking over the role of Scrum Master on your current team, you can anticipate an initial drop in velocity until you find your feet. Although this will eventually right itself and in my experience, you can expect this to start to rise again.

I love my job as a Developer and as a Scrum Master and I have even been given the opportunity to go on training to achieve my Professional Scrum Master certification. Although at some point I may have to choose which of these two directions I want to pursue further to allow for career progression. But for now, I really enjoy the work that comes with both roles, it keeps things interesting and each and every day is different! 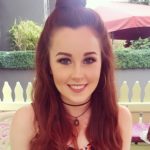 About Aoife Finnegan
Aoife is a Senior Software Engineer who joined Kainos in August 2016. She is currently a Developer &amp; Scrum Master on the Smart Payroll team.
View all posts by Aoife Finnegan