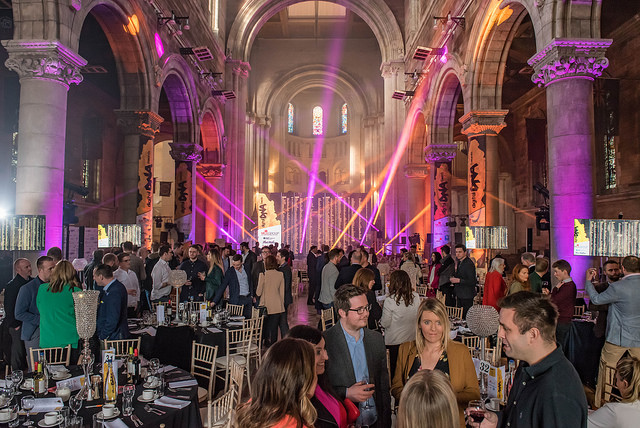 Leading digital services and platforms company Kainos has been shortlisted in all three categories entered in this year’s Digital DNA Awards. Digital DNA awards celebrates our diverse range of talent in Northern Ireland across the Digital scene, from E–commerce to Fintech, Media and Digital & Creative.

The 2019 Digital DNA awards saw a record number of entries and the shortlist represents the highest calibre of technology businesses and individuals in Northern Ireland.

Making this shortlist is recognition of the company’s established reputation as a key player in Northern Ireland’s growing technology sector. Kainos is well known for investing substantially in learning and development initiatives in tandem with educators and playing an active role in the Northern Irish IT community, where it continues to create skilled jobs in the region. Through initiatives like A.I.Camp, Jordan McDonald is helping to develop the next generation of engineers.

Russell Sloan, Director of Digital Services at Kainos, said “We’re delighted to be recognised in so many categories at such an important event in the tech industry’s calendar. It’s great to see recognition for our work in government and private sector, but even more rewarding for me to see the young talent we’re developing at Kainos recognised for their hard work and innovative edge.”

Victoria Shanks, Digital DNA judge and Executive Director and Global Head of Kx Services at First Derivatives, said “We know there is a rich seam of entrepreneurial tech talent in Northern Ireland but this year’s entries have really blown us away. They have proven that we are capable of creating technology businesses and talent which is not just impressive in a local sense but are capable of competing at the highest level on a global basis.”

In addition, Digital DNA has nominated Kainos for ‘Company of the Year 2019’. This special category will be voted for by the public and you can vote for Kainos on Twitter using #DDNAKAI and #DDNAAWARDS2019.