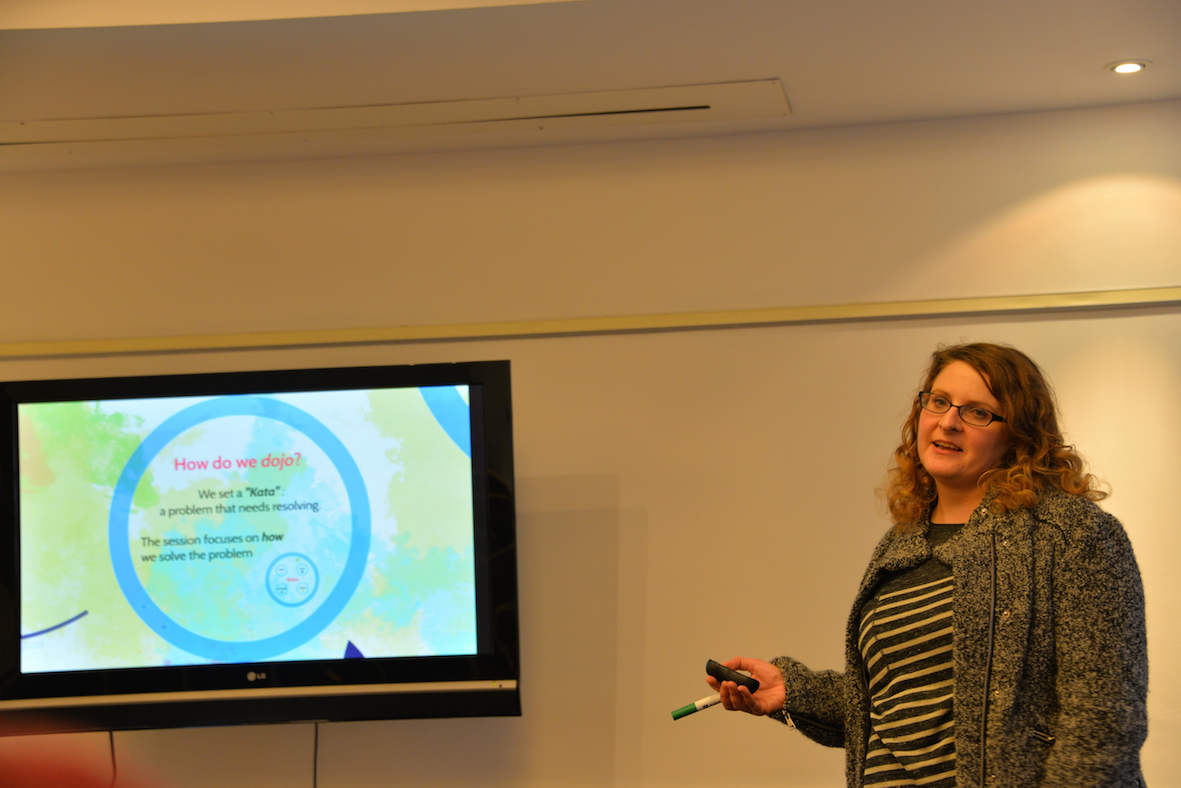 Last Friday, we had our latest Kainos Consulting Community Day. This is when everyone in our consulting practice gets to come together, listen to some great speakers, run sessions on topics they’re passionate about, and importantly, have one almighty big night out.  It’s a fantastic opportunity to catch-up with colleagues.

My contribution was an Agile Coaching Dojo, a session I really wanted to attend after reading Rachel Davies’ blog http://rachelcdavies.github.io/2010/08/17/agile-coaches-dojo-experiments.html. This quickly morphed into a session that I volunteered to run. It was a challenge, as I had never attended a dojo, let alone facilitated one, but one that I was keen to sign up for.

A coding dojo is an exercise in programming which helps a programmer hone their skills through practice and repetition. The session applied this process to Agile Coaching. When working full speed ahead on our projects, we don’t have the opportunity to practice, or the space to stretch ourselves. The dojo was intended as safe place to practice and learn our coaching skills.

We did this by working in teams of three – one being a person who proposed a “kata” (essentially a person with an issue to discuss), one person who coached them through the kata, and another who observed the coach and provided feedback. We then swapped until everyone had a chance of trying out each role.

The aims were to get feedback on your coaching, to see different styles at work, and observe what works and what doesn’t. As was the case with maths in school, it was less about solving the kata, and more about the methods being used.

A lot of lessons were learnt as part of the sessions. The main ones were ensuring that we encouraged the coachees to resolve their own issues, rather than jumping in and solutionising for them; and allowing the coachee to have enough space to talk through the issues in their own way. We found that repeating back our understanding, and ensuring we had fully understood the problem to be very useful tools.

The feedback from the session was really positive, with people feeling they could use these skills back on their projects.

I also learned a lot of lessons as the facilitator.  I had been debating whether to have larger teams with several coaches aiming to resolve the same kata. In the end I was glad to have gone for a smaller team as it was friendlier for those involved to be working in small groups, and it allowed everyone to try each role. It allowed people to get feedback on their coaching, but also experience how it feels to be coached, and get space to think about coaching styles.

Before launching into the exercise, I touched on what good looks like, and went through the GROW model (Goal, Reality, Options, Way Forward)(https://www.scrumalliance.org/community/articles/2013/october/coaching-models-fuel-and-grow). If I were to run the session again, I would spend more time talking to the participants about their experiences so that it’s more about sharing of knowledge, rather being one person’s view. The idea of the session was that we all should be learning from one another, and I think that’s an area I could build upon next time.

I’d really recommend running Agile Coaching Dojos. They’re easy to set up, inspire some great group discussion, and can provide some really valuable learning that can be put to immediate use.  Start your practising now. 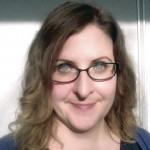 About Bethan Mackintosh
Bethan joined Kainos in 2014, and is a Scrum Master based out of the Bristol office. She is an agile specialist with 10 years experience implementing Lean Software Development, Kanban and Scrum. She enjoys focusing on the people side of software delivery, coaching teams and individuals to reach their goals, resulting in a faster, better quality delivery. Bethan loves skiing and scuba diving, and spends much of her spare time planning her next adventure.
View all posts by Bethan Mackintosh