Our Thinking
Wrap up from Agile Cymru 2015!

The first Agile Cymru event was a two day conference hosted at the Millenium Centre in Cardiff on the 7-8th July. Overall the conference was primarily focused on agile coaching, agile ways of working but did include some sessions with a greater technical focus such as BDD (Behaviour-Driven-Development). The conference was attended by more than 150 enthusiasts keen to learn from some of the key figures in the agile community.

Day one really setup what the conference was truly all about. One particular highlight of this day was the talk provided by Rachel Davies entitled “Whatever happened to being extreme?“.

Rachel took us back to those early days of extreme programming; its application and how it applies today. Day one provided more variety of subjects which ranged from Dave Snowden’s talk on Cynefin, BDD and some more theoretical subjects such as Tobias Mayer’s talk on Navigating complexity. Tobias discussed two different system types; mechanical and organic; the goal here being to discuss what these systems are and their characteristics. Are software systems mechanical or organic? Even though we may design our systems to behave in a mechanical way, in reality when in a production environment they in fact tend to behave quite organically by nature. If you would like to read through the content of the talk from Tobias, the slides are available online Exploration of organic systems.

Day two of the conference was kicked off in true style by Neil Mullarkey with a key note focused on improv.

Neil’s approach consisted of two distinct games that could be applied to agile teams. These were the game of “Yes and” and also a game of one word stories. The one word stories really resonated with me personally to help assist teams with active listening approaches. Some further information on agile coaching can be found on Agile London – Agile Coaching Exchange – Improv with Paul Goddard.

A talk later in the afternoon presented by two previous colleagues of mine entitled “what would the A-team do?” was aimed to show how a highly functional team such as the ‘A-team’ and the personalities that each member possessed combined to complete a task. An activity was carried out in which the audience was broken up in to a number of teams and assigned the objective of producing a simple drawing; the audience would have to choose a team member and behave as that personality on this task. Then, chaos ensued as some teams didn’t have leaders but did have disruptive personalities. The outcome of this showed how it is important to work on the appropriate team dynamic in order to even complete some of the most straightforward of tasks. Andy Hiles has published the slides from What would the A team do? for anyone who would like further information.

Currently it is not confirmed, whether Agile Cymru 2016 is planned, however based on the feedback from the event it looks like if it was to return, it would be bigger and stronger for its second year. Follow @kainossoftware to keep updated on future events. 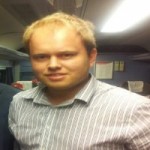 About Greg Simons
Technical Architect with over ten years experience in a variety of industry sectors and has a great enthusiasm for learning new techniques, technologies and practices. Very interested in building systems for 100% availability and uptime. Graduated from Aberystwyth University in 2005 with first class honours degree in Computer Science. Currently spending time outside of work experiencing fatherhood with our newborn baby boy.
View all posts by Greg Simons